It's been a crazy week getting back to my regular work schedule. Once Labor Day ends, I'm always rearing to go, where work is concerned. I like getting up early and checking things off my list. I feel like I'm accomplishing things when I stick to my normal routine. However, I've been under the weather for almost a week. I don't know what is wrong & even considered getting a Covid test, which DH thought wasn't necessary. I'm feeling much better, but not quite 100%. I got a full night's sleep last night, for the first time in weeks.

I've been shopping like crazy, stocking up on essentials. Well, not really crazy for me. I'm just adding things to the stockpile, that I know will fly off the shelves should things get worse due to pandemic. I spent almost $200 at Sams this month already and didn't even get everything on my list. I did stock up on meat though, so that took a huge chunk of change (almost $70). I got more facial tissues, so we now have 36 boxes. Don't think I'm crazy. One year when I had almost 40 boxes (got deeply discounted Kleenex brand tissues) DH would joke that we need more Kleenex, every time I went shopping. Then he got pneumonia & DS got the flu. Guess who were using all those Kleenex I stockpiled.

I finally found some regular Dawn. The Dawn Platinum works great, but I still prefer the original blue Dawn scent. There's no way I was gonna pay $1+ for those tiny bottles. When I made my shopping list, I checked everything online to see if it's in stock. So I searched for Dawn & up popped the original scent at Sams. I was so happy! But first I needed to google 'how many ounces are in a gallon'...lol. I grew up with the metric system. I only know that there's about 6 liters in a gallon (I learned that from the toilet...lol. I think I saw it printed 6 liters per flush on a toilet lid...lol) I can do the math with ounces and inches, but I can't determine how much something really is. Once I've done the math, I calculated the unit cost to compare the price to the Platinum. The regular Dawn was still cheaper and I'm one happy mama.

The rest of my order were just regular food items. I'm back to buying bread at Sams again. As much as I like the Aldi bread, I discovered something better for my health at Sams. I'm anemic and hate taking supplements, so I try to eat lots of iron rich food (that's why I like the Walmart bran flakes). We needed bread one time and I didn't feel like making a special trip to Aldi, when I'm already at Sams. So I found this Milton wheat bread that has 15% iron per slice (yes, I read labels). I also like that it's heavier bread like the ones in South Africa or Canada. DH has always said that Canada's bread is comparable to South Africa's. The bread costs about 30c more than Aldi's, but I'd pay even more, just to get that extra nutrition.

You know things are bad when I'm seeing higher prices at the produce market. I didn't buy much at the market this month (not even a box), but spent almost $50. I was in shock, because my cart was only 3/4 full, compared to overflowing like it normally does. Now, it could be due to the end of summer, where they're not overflowing with a huge variety of produce, but I doubt it.

If you're a baker or like to bake, please stock up on flour. I'm seeing flour shortages again. Walmart had zero bread flour. Meijer had limited flour shelf space. This was a huge shock to me. I know Meijer like the back of my hand. I could shop there in my sleep, I know the store so well. The one thing I like about meijer, is that they usually have a large variety of brands for every single item. No other grocery store is this well stocked. Imagine my surprise to only see a small flour section at Meijer. They only had Gold Medal & King Arthur bread flour for $4.29. WTH? When did bread flour become so expensive? I know I paid far less for it before. The Gold Medal was $4.79, so I bought 2 bags of King Arthur (which I love anyway). The KA flour rang up at 50c less per bag, so I was very happy. Heck, I'm just happy to have bread flour. I was rearranging my baking shelf the other day and discovered a 5lb bag of bread flour that I bought last year. I now have 15 lbs, but will buy more whenever I can find it.

Funny thing is that I rarely bake bread. I prefer to make bread rolls, because it reminds me so much of my childhood. Colored people (not to be confused with black. In SA colored people are  people of mixed race. Asians, Italians, Portuguese were also considered colored. Anyone who weren't black or white, were colored. I know that Colored is an offensive term in USA, but it's my race and in SA it's not the same thing as black, nor is it really considered offensive. I'm proud of my heritage. There's lots of history to write about, but I'm not sure if anyone's interested). Anyhoo, coloreds had this tradition of taking bread rolls to work & school every Monday. I don't know how it started. The bakery near our house always had long lines from early Sunday afternoon, so people could get their rolls (we don't call it buns). During winter, my mom always baked rolls for our work/school lunches. I've always loved eating them fresh from the oven, with butter still melting on it. So good! When my rolls are cool, I nuke them just so I can have the butter melt on it. I know, I'm a bit of a strange bird :) So I bake rolls, because it reminds me so much of my mom & family traditions. 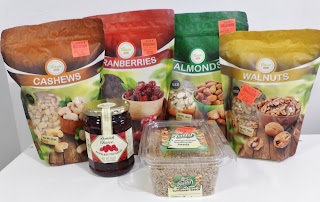 I spent way too much money at Ollies. Can you believe I only have 2 of the 6 bags of raisins left that I bought at Ollies several months ago. I couldn't believe it, but then I remembered that I baked a lot of muffins this summer. The raisins replace our sugars in muffins and we eat raisins as snacks too. I don't normally bake during summer, but couldn't help myself and the guys aren't complaining. So off to Ollies I went to get more raisins, while it's still in stock. I didn't mind paying full price, because it's still way cheaper than the warehouse clubs.

I found a Hikers trail mix at Wags not too long ago that I love. I love it, because its low in sugars. I have a hard time finding trail mixes without chocolate or yogurt chips or extra sugary dried fruit. So I decided to make my own, because I know that Ollies had lots of different nuts the last time I shopped. I rarely buy nuts, so I didn't really know anything about pricing. I figured that by making my own trail mix, I can mix it up any way I want. The original recipe is almonds, cashews, peanuts, sunflower seeds, raisins, pepitas (I had to google pepitas. Why on earth didn't they just call it pumpkin seeds. ugh). I might add some walnuts too. The good thing is that the nuts will do double duty, because I can make trail mix and use it in baking. Win-win. Better than paying $2 per trail mix bag at Wags.

I added the raspberry jam (I speak British English, so please bear with me when I use different words. American jelly), because I've been craving apricot jam (nope, not pregnancy cravings. I'm way too old for babies). I haven't had jam in a few years, so figured I'd get some again. They didn't have apricot, so it was either raspberry or strawberry. The price was right at $2.79.

So my grocery budget for this month is at about $350 already. No regrets. I just feel a sense of relief that we are well stocked, especially on paper products. Sams had lots of p/t, but it was limit 1 per member. I don't use much p/t in the house, but DH uses it for business. They had a decent supply of t/p and everyone had a pack in their carts. Not me though, but it reminded me of when the pandemic first started.

I'm now looking at detergent deals, because I use it for both business & personal. I've been stocking up on shipping supplies too. I always do that in September, so that I don't run out of things during the crazy holiday season. I'm already stressed.

For those who sell online, have you noticed that your thrift stores don't have the large variety of items or as much inventory as they used to? I've seen it at many different thrift stores in my area. Yard sales aren't as plentiful either and half the time people want ridiculously high amounts for their stuff. I'm wondering if it's just around here or across the board.

Have a wonderful weekend everyone. 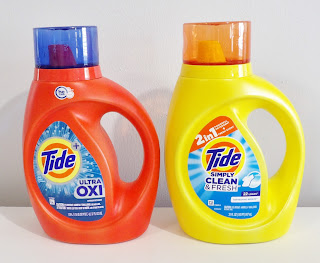